Our first blog, about plot, started with a body found in a river - a dead body. But ask most people what makes writing come alive and they'll probably say it's character. When you think of your favourite books you'll probably think first of the characters that you fell in love with, championed or even hated. From Lizzie Bennett to Bridget Jones, from Quasimodo to Voldemort, what makes a character come alive on the page and offers the reader the opportunity of real engagement?

In our workshops on People we use materials and exercises to get you thinking about and practising writing vibrant, interesting characters. Here are two contrasting examples from our last course in October 2017. First, we asked people to guess who this is - try it yourself:

His face was a strong – a very strong – aquiline, with high bridge of the thin nose and peculiarly arched nostrils; with lofty domed forehead, and hair growing scantily round the temples, but profusely elsewhere. His eyebrows were very massive, almost meeting over the nose, and with bushy hair that seemed to curl in its own profusion. The mouth, so far as I could see it under the heavy moustache, was fixed and rather cruel-looking, with peculiarly sharp white teeth; these protruded over the lips, whose remarkable ruddiness showed astonishing vitality in a man of his years. For the rest, his ears were pale and at the tops extremely pointed; the chin was broad and strong, and the cheeks firm though thin. The general effect was one of extraordinary pallor.

It's not difficult, is it, to conjure up the image of Dracula? The sharp teeth, red lips, pale face have become iconic. But the description is pretty straightforward, it tells you what Dracula looks like and it tells as much as shows you what to make of the character - 'rather cruel-looking' - signifies what is to come.

More ironically, Anne Tyler's description of Pauline in The Amateur Marriage, conveys the authors views very strongly, and we are left in no doubt about just what kind of person she is.

Pauline was wearing red again. Red seemed to be her colour. A red sweater over a crisp white shirt with a rounded collar. It was known by now that she came from a neighbourhood north of Eastern Avenue; that she wasn’t even Catholic; that she worked as a receptionist in her father’s realty office. How this was known was through Wanda Bryk, who had somehow become Pauline’s new best friend. It was Wanda who reported that Pauline was just the nicest person imaginable, and so much fun! So vivacious! Just always up to some mischief. But others had their reservations. Those seated at the soda fountain, now. You think they weren’t cocking their ears to hear what foolish talk she might be filling Michael’s head with? Not to mention they could see her in the long mirror behind the counter. They saw how she tucked her face down, all dimpling and demure, fingers toying coquettishly with the straw in her Coca-Cola.

Tyler gives us so much to go at here, we enter Pauline's world and those who know her, we get their opinions, see her behaviour as well as how she looks and behaves. Tyler makes every phrase count, her tone draws us in and she helps us to see Pauline just as she wants her to be seen.

In both these examples we can see how the author intends to use character to drive the story - in Dracula, Bram Stoker is setting us up for vile and cruel actions, whereas Tyler will be more subtle but perhaps no less deadly in making her characters do things that ruin lives.

In this exercise we want you to first to find a character and then draw them in a way that will help them to help you move your story along.

How do we 'find' characters? The inspiration for new characters for our writing is all around us, in the people we meet, or see on the street, in shops and in cafes. They are there in our families, in our workplaces, our social groups, at the school gates. We don't have to write them exactly as we see them - this might be quite dangerous in many circumstances, we are not looking for trouble - but the physical appearance, clothes, mannerisms, speech patters and behaviours are all there for us to see. And also to remember, from our childhood, our classrooms, our love affairs, our holidays - the people we knew intimately or met only briefly in a bar can bring back a phrase or a look that might define and pin down a character precisely.

Try this, based on a recent exercise I did with Hannah Davies a wonderful actress, playwright and spoken word artist. Think of a person you know or knew, probably quite well. If you're stuck use the picture of Katherine Hepburn at the top of this blog. Take a sheet of paper or page from your notebook and divide it into three columns. At the top of the page write the person's name and at the top of each column write 'What they wear' 'How they move' 'What they think or feel'. Just fill up the columns as fast as you can with as much as you can, until you have maybe ten characteristics in each column. Then write a paragraph or even a couple of sentences about your person, choosing the characteristics that strike you as most interesting.

Now think about what you might want this character to do, what you want them to be like, as opposed to what they are like. How can you manipulate, stretch or elaborate on the description you have to match your purpose. Here's my example:

Aunt Rose always wore trousers, thick wool jumpers, and orange lipstick that clashed with her red hair. She would dance around her flat, singing songs badly out of tune. She must have been lonely living on her own but she never seemed to be anything but cheerful.

This is a pretty accurate description of my mother's sister Rose, of whom I was very fond. But suppose I want her to play a role in my story which is a bit more rebellious, a bit more dangerous: how could I change her? Here's my attempt.

Rusty's trousers were a loud check with a sharp crease, she would pull them up when she sat down, showing white socks and tan brogues. The sleeves of her thick wool jumper were pushed up above her wrists, her heavy gold watch always on show. Orange lipstick might clash with her red hair, but nobody was going to mention it, nor would they suggest that she had a voice like a foghorn when she belted out those Irish rebel songs. Whether or not she was lonely in her flat, I wouldn't know - I was her favourite niece and she was always in a good mood when I went to see her.

We hope you'll try this. If you're coming to our next course from 16th to 20th April in France, we'll have exercises similar to this to get you writing and lots of time to support your projects in progress. And if you're not already booked why not join us, we've got room for one or two more! 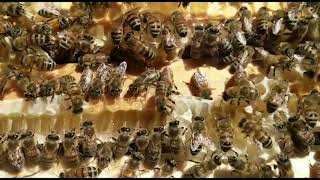 A Body Is Found In The River